Discover the collections: 88 and Optima

In 1919, Italy began a complicated post-war period, fostered by the Russian Revolution, in which, after the Great War, and despite the damage suffered after World War I, a period of hope, strength and development began in all the country.

In that year, the“Fabrica Italiana di Penne a Serbatoio-Aurora” was founded, in the heart of Turin, on Basilica 9, with the financial support of Isaia Levi.

The name ofAurora is explained precisely by that historical moment that was considered a resurgence, a new beginning, of the one that was in the beginning. Hence, the name could not be more expressive.

From the very beginning,Aurora's writing instruments proved that it could compete with the British and Americans in both quality and style, despite the fact that in the beginning most of its models were of a rigorous black, and with a marked Italian style.

Only 6 years after its founding, in 1925,Aurora began to produce pens in different colors, and, above all, it began to use a material that would later become one of its hallmarks: celluloid, with which it would manufacture the International series. Quite similar to Parker's Duofolds, which contributed in a key way to reinforcing the brand's reputation.

The modern 88 and Optima pieces, are part of the small group of the best European pens, showing outstanding quality. Aurora's gold nibs, for their part, always manufactured by the house and never ordered from third parties, are among the best in the world, as well as beautiful. They have a feeder worthy of them, which gives probably the best performance among all Italian pens.

The history of the Aurora 88 fountain pen

In 1943, the Aurora factory was completely destroyed by a bombing of Turin, forcing the production to move to northern Italy where they still keep their creation.

The Aurora 88 fountain pen was a milestone in the history of the brand. A radical change towards the future. Today this collection is considered the most successful in Aurora's history.

Within the 88 collection, Aurora launches an amazing Limited Edition of 888 pieces only available in fountain pen, dedicated to the planets of our Solar system. Inspired by the beauty of the planets, each piece is finished in auroloid marble with a solid 18-karat gold nib and engraved with the serial number. 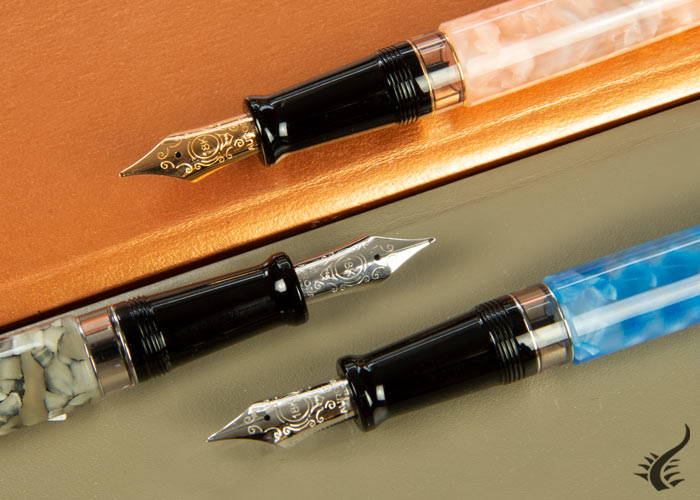 In the picture, with pink tones Aurora Venus,Aurora Plutone in blue and Aurora Mercurio in grey tones.

How could it be otherwise, this year Aurora ends the collection of planets with our planet,Aurora 888 Terra. And without a doubt they have saved the best design to make it shine in a special way. The blue planet as it is known, has led Aurora to design for the first time in its history a piece with the details and the nib in blue. The body in blue Auroloid makes a unique piece where the different shades of this color appear creating a spectacular piece. 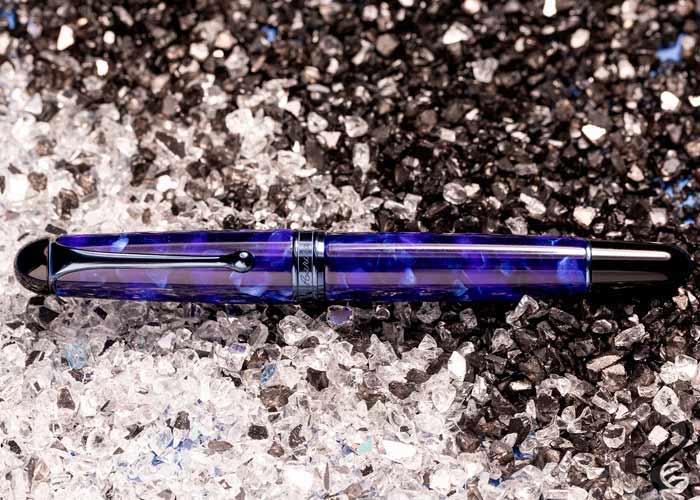 In the photo, Aurora Terra 88, the final touch to the collection dedicated to the Solar System.

The story of Aurora Optima

The Optima collection was born in the 30s and since then it has become a classic line of the Italian brand, a cult for people who know what they want. Most parts come with an ink window to show you when ink is running low and needs to be refilled, as well as having a refined design.

The Aurora Caleidoscopio has been one of the most recent additions to the Optima collection. The Auroras Caleidoscopio Luce Blu, Luce Rosa and Luce Gialla are inspired by the famous Debus kaleidoscope, created in 1860, which made it possible to change the position of the mirrors and maintain the same image "ad libitum". 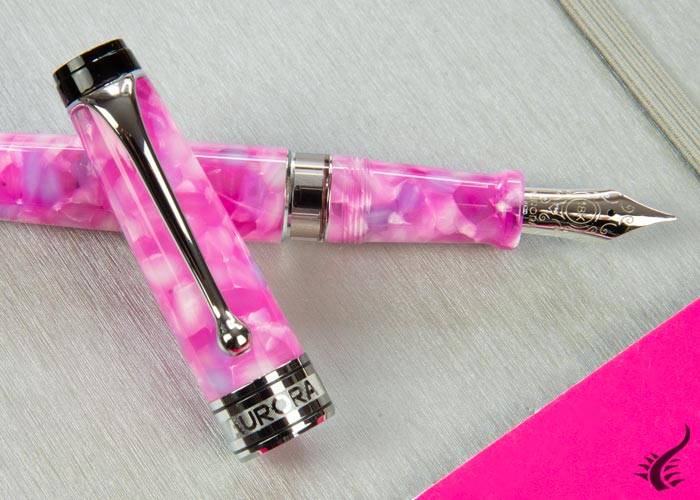 In this image, you can apreciate the grip zone of the Aurora Caleidoscopio Luce Rosa made in Auroloide, as the rest of the barrel of the founatin pen does.

The Aurora Optima 365 collection has been created to celebrate those special days that we want to treasure for the rest of our lives. Limited to just 365 pieces, one for each day of the year, Aurora Optima 365 will be as important and special as the occasion you're celebrating, with that special number engraved to always keep it close to your heart.

Nowadays, Aurora still produces all of its material in its Italian factory, where machinery and technology are mixed with the detail that only hand work can achieve. 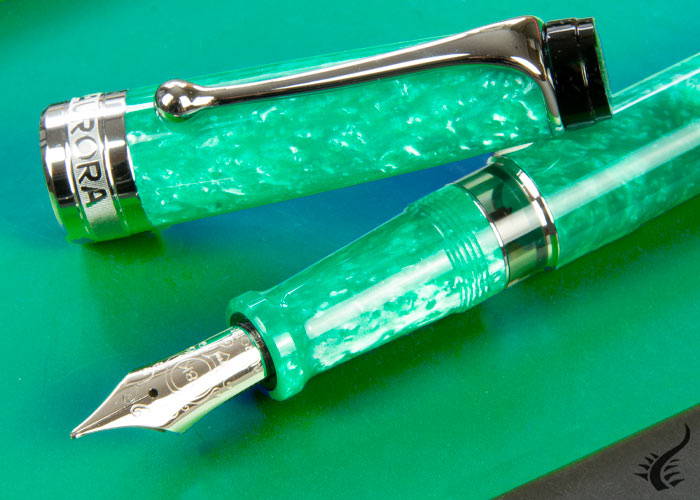 If you want to know more aboutAurora items, feel free to visit our website. AtIguana Sell in Madrid, you will find a wide collection ofAurora pieces in stock that you can buy with 24-hour express shipping.

And, of course, if you require more information or want to place your order, do not hesitateto contact us.