Help me choose a pencil

A reading for graphite lovers

It has always been said that writing changed the course of human history. But according to Forbes, the revolution took actually place when the masses had access to easy-to-use writing instruments and, therefore, to literacy and knowledge. Thus, the renowned magazine has considered the pencil as the fourth most important tool in the history of humanity..

Since the first pencil was created, the industry has much evolved and reached levels of perfection and refinement that we must highlight. Today we discover you a world that’s familiar for graphite enthusiasts, but still unknown by those who usually opt for ink.

History of the pencil

We must go back to roman times to find the first predecessor of a pencil, where they use a metal rod, usually made of lead, to tear paper. Thus, even though it was more embossing rather than writing as we understand the concept nowadays, this lead to create the first pencils. In the XV century, the first pencil mines were made by mixing lead and tin. It was not until 1564 that an enormous deposit of graphite was discovered. In Borrowdale (England).

In order to ease its transportation, graphite was fragmented in thin sticks. However, when cutted, graphite turned into a highly brittle material. So it was necessary to protect graphite with ropes and leather to prevent the sticks from cracking. 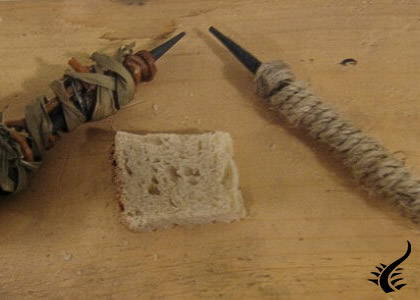 Source of the image: curiosaesfera-historia.com

Later on, italian artisans conceived a new way to protect the graphite sticks so that it does not get damaged: they hollow a wooden rod and fill it with graphite. The first pencils were created.

In the 60s, mass quantities of pencils were made in Nuremberg (Germany). Numerous craftsmen established their workshops there. One of these craftsmen, Kaspar Faber, began to stand out for the outstanding quality of his creations, being the first generation of the now renowned Faber Castell company.

In 1770, Edward Naime began to commercialize rubber erasers. Later, in 1795, a French chemist named Nicolas Conté invented a formula that combined powdered graphite with clay, which allowed to lower the costs while achieving the same utility. Finally, in 1822, Sampson Mordan and John Hawkins patented the first mechanical pencil: an instrument very similar to the pencil but equipped with an innovative mechanism to advance the lead without having to sharpen the pencil, and to replenish it once it was worn out, without having to replace the entire instrument.

Nowadays, both the pencil and the mechanical pencil have become such a common instrument that they are essential in every desk. How to choose the perfect one?

How to choose the hardness of the lead?

The hardness of the lead will determine the writing: the softer the mine is, the darker the stroke will be. The most common leads are HB, B and 2B. But what do they mean these acronyms?

The usual hardness is HB. In fact, if a mine doesn’t provide information about its hardness, it is most likely HB. This is, without doubt, the best choice for those who aren’t sure about what hardness they nee.

The stroke of harder mines (H) is lighter and suits the needs of those who are looking for a pencil to draw and write precise lines, while softer leads result in darker lines (B), so they are recommended for creating shadows.

It must be also take into account that softer mines are easier to sharpen, but the definition of its edges also round faster.

How to choose the size of the lead?

When choosing a pencil, and mostly a mechanical pencil, we can also choose the diameter of the lead. Most common diameters are:

Larger leads, like those that feature the Sketch Pens, make it easy to take artistic sketches in a comfortable and fluid way.

In addition to paying attention to the characteristics of the lead that will condition your writing, it is important that the piece fits well in your hand for a comfortable and fatigue-free performance.

Therefore, other aspects to take into account will be the height, thickness and material of the grip area; the thickness of the instrument, its weight (and, therefore, the material it is made of) or the extra functionalities such as eraser and sharpeners. 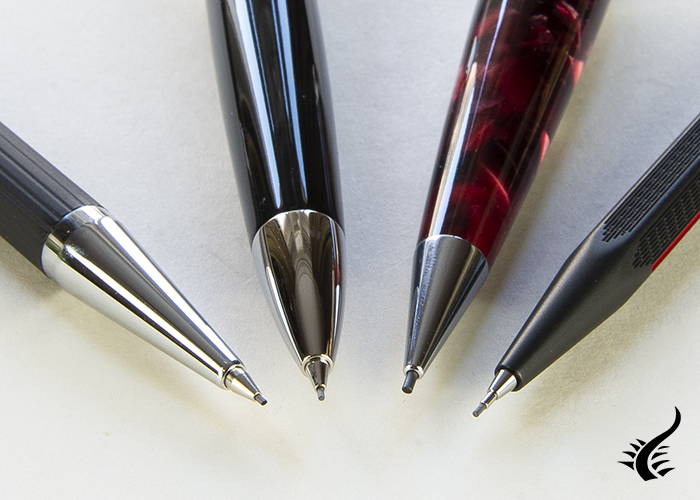 But if there is a remarkable brand in this market is, without any doubt, the german Graf von Faber-Castell. Whether in the Intuition, Classic, Classic Anello or Tamitiocollection, Graf von Faber-Castell has created pencils of incredible elegance and simple design. They stand out for the quality of the materials they are made of and their exceptional performance. 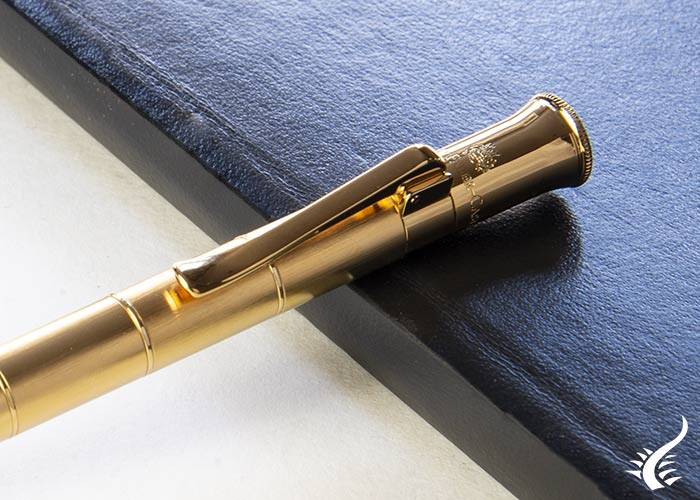 We cannot end this post without a brief review of the Perfect Pencil Collection by Graf von Faber-Catell.

The pieces of this collection have been conceived taking into account the needs of users according to the various uses that can be given; such as writing, taking notes, drawing... They are pieces that have been created considering all the details; and therefore combine the functions of writing, sharpening and erasing in the same instrument. 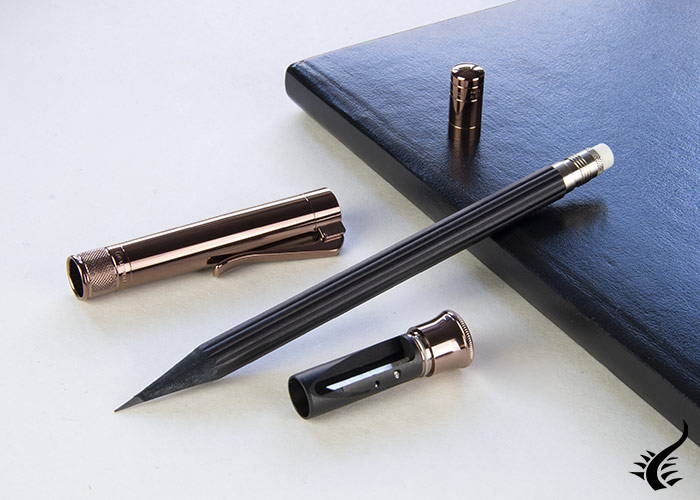 The cap, often made of precious metals such as silver or platinum, not only acts as a protective cap but also has a pencil sharpener so that the lead is always ready to use. This element also serves as an extension for the pencil. This ensures a comfortable size of the instrument even after it has been sharpened several times. The eraser is located under the cap to correct any errors or imperfections.

The quality of this collection is unquestionable and those who try it are more than satisfied. The lead has a special gluing and the combination of the metallic ornaments with the Californian Cedar wood is totally exquisite.

In addition, the German company Graf von Faber-Castell has two sizes to suit the needs of different users: the classic size and the Magnum version with an extra thick and soft 4B lead for those looking for a more expressive writing. 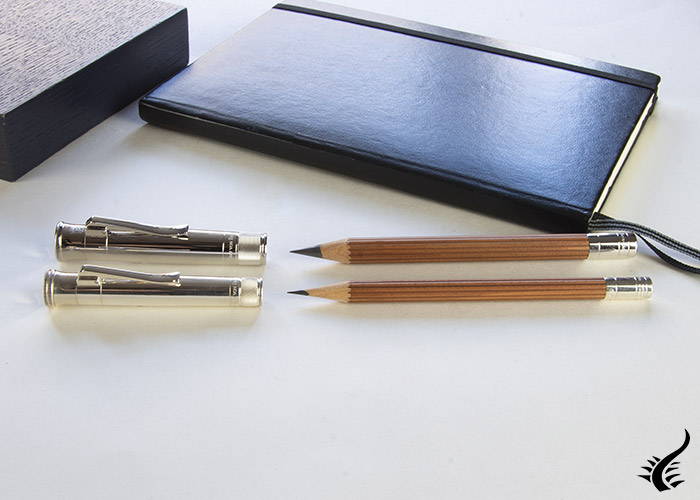 If you need further information, do no hesitate to contact us. We will more than glad to help you!

What makes a pen special?

What makes a watch special?

Can I change the nib of my fountain pen?

A perfect pen in every way made all the more special by the Iguana Sell experience. Highly recommend!

I haven't had much opportunity to write with this pen, but when I have it feels nice, balanced and writes smoothly. I chose a fine nib and it is finer than some of the other brands which is nice for a change, I must say it is awesome looking with the rollerball next to it as a pair on my desk - I am sure it will become a favourite very soon.

Great company to deal with. Superb range of watches at fantastic prices.